The primary role and function of the Board of Trustees is to provide oversight to the operational and financial health of the church, provide support to the Senior Pastor and Executive Staff, protect the church by presiding over issues that could cause disharmony, and pray for the spiritual and physical well-being of the church body. Trustees model the values and mission of La Jolla Community Church. 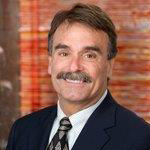 Mike has been involved in Bible study groups for most of his adult life, and on and off on leading Bible studies. He also previously served as a Board member for Santa Fe Christian Schools.

Mike became a Christian when he was 19, though he began taking his faith to heart in his mid-20’s. Having grown up in a traditional Greek Orthodox faith (his mother mostly Irish and father being Greek), the idea of a relationship with God was new. Growing up, God was just someone to pray to and be afraid of. It was through one of his sisters that he was encouraged to accept Christ as my savior and start a relationship with Him. He appreciates the opportunity to serve LJCC in whatever capacity that might be in. As far as what makes him feel most alive in Christ, it is spending time with other believers. Mike recognizes that it is easy to get wrapped up in everyday life that he forgets Christ’s love and power. It is when he spends time with other Christians discussing the issues of the day, working through scripture, etc., the reality of Christ comes so near. It also is the ability to encourage others of God’s love and power for them.

Mike is married to Christy, and they have two adult children – Tommy and Kevin. Mike agreed to serve the remaining part of Rich Sharpe’s term. 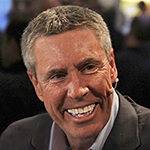 Dave has been an active member of LJCC since its inception. Most recently Dave’s involvement includes supporting the AV staff by running slides for worship services and building houses in Mexico for Project Mercy. He previously served as an usher and led a life group.

Professionally, Dave is a Senior Vice President at NetApp, a storage and data management company in the Bay Area. He holds a BS in Chemistry and an MBA, both from Cal Poly, Pomona.

Dave and Robyn have been happily married for 23 years and have one son together, Charles who is completing his degree in computer science. Dave also has another son, Chris from a previous marriage. Dave and Robyn live in La Jolla and both enjoy exercise including running, spin classes and skiing.

Dave’s passion continues to be helping needy families in Mexico by building housing with Project Mercy. What’s most amazing about the experience is not only the blessing the group is able to provide to the family but the way in which God blesses each group that goes down and helps build a home. 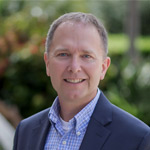 Bob Penner and his wife Tami are charter members of LJCC, and both are past Church Board members. Bob has served on LJCC’s Finance and Audit committees, Choir, and Sunday morning A/V team. Bob works for HomeFed Corp., a real estate development company, as a special projects manager. Growing up on a family farm in Nebraska, church and church service has been a focal point in his life from a very young age. Bob feels blessed to have the opportunity to serve LJCC and is excited to help facilitate God’s plan for LJCC and its members as a trustee.

Bob and Tami have been married for 25 years and have three children, James, Jessica, and Jacob. 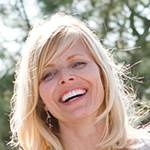 I am the second of four children and was raised Catholic by two parents that both held close to the faith. Unfortunately, when I was seven, my father died suddenly while piloting his helicopter. This event reshaped my family for the worse. My mom was left to raise four children on her own with my eldest sister quickly becoming an addict. In response to the turmoil between my mom and sister I took on the role of peacekeeper and tried to help by being the responsible child and support to my mom. Our home was a place where God was highly revered, and I fully believe that my mom was able to raise all of us by His grace and strength. It taught me to revere God as I witnessed how my mom did her best to bless us and sacrifice many sleepless nights while making sure we were all fed and educated in a loving home. However, a relationship with Jesus was most definitely missing!

My mom was pretty tired by the time I got to high school and was happy to see me graduate and move on. We weren’t very close once I became a teen, so I began searching for myself in friends and dating. I followed my Catholic roots through the sacraments and into my adult life navigating school and life on my own. I really needed someone to help me understand planet earth and my place on it! I worked, went to college and modeled on the side. By the time I was twenty-four I met my first husband and we married within two years and had our first son. We raised him in the Catholic faith, all-the-while believing we were “Super People” with our own special skills of conquering the world. We opened a business, adopted a three-year-old and remodeled our home all within two years. Needless to say, this was a recipe for disaster! Our marriage began to crumble and so did our faith life. We had Wyatt a few years later, hoping it would save our relationship but only God could do that. We divorced when Wyatt was a year old.

I dated a few times after but prayed that God would make Himself and my boys enough unless He had work for me to do alongside a godly leader. My good friend brought me to the Rock Church in January of 2007, broken and badly needing restoration. I answered an “alter call” from Pastor Miles on my second visit. I believe I would have been to the altar had I been glued to my seat; the pull of the Holy Spirit was so strong! I also received counseling from a lovely woman from Calvary Chapel where she had me reading particular passages in the Bible in order to understand God’s faithfulness and love for me. I had only read the Bible a few times during the prior two years, so didn’t know many of the basics. I’m not sure how I knew, but I believed and understood that day, the verse “God works all things together for the good of those who love Him” (Rom 8:28). I still hold that truth close to my heart along with the fact that I am a new creation. For the next three years I poured through the Bible and wanted to immerse myself in church and serving.

I met Andrew the following year and after dating on and off for six months we began A-mall-ogetics, (witnessing at the mall). We have been up to our non-confrontational questioning and teaching since August of 2008. It has truly kept our marriage strong in the Lord and given us purpose in using our different gifts to glorify Him. In addition, I have been co-leading Good News Club for six years on a public school campus.

My life is deep and rich because of the relationship I now have with my loving, faithful Savior. I know my oldest would tell you he knows the old me and much prefers the new. I believe the Lord is doing a work in the next generation of our family as I watch my son’s grow and seek their purpose in Christ.

Having run a business and understanding the challenges of different perspectives and gifts, I believe God has equipped me with the understanding of harmonizing ideas for the good of all those who love Him. 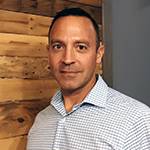 Geoff has enthusiastically called LJCC his church family since 2016. His involvement includes actively participating in Wild at Heart men’s retreat, ushering during Sunday worship services, volunteering for the LJCC High School Ministry, attending Restoration Project Base Camp, and serving the youth at LJCC family events throughout the year.

As a Southern California native, a lifelong surfer, outdoorsman, and runner, Geoff enjoys leading his family through an exciting and bountiful life; always centered in God’s Word with a thirst for helping others. He has been married for 10 years to his wife Monica and is the father of three boys:  Harley (16), Weston (8) and Daniel (6).

A graduate of the United States Naval Academy in Annapolis, MD, Geoff holds a Bachelor of Science in Ocean Engineering with a minor in Spanish, a degree from the Universidad de Salamanca, Spain in Contemporary Spanish Culture, a Master of Public Administration and is a Doctoral Student in Clinical Psychology (PsyD). He is a Lieutenant Commander in the Navy and has dedicated his career to both Surface Warfare and Naval Special Operations.

To Geoff, recognizing the Lord’s blessings in the most common, everyday setting is paramount. His earnest belief is that through a genuine love for others and a grand appreciation for life the Lord will be seen. 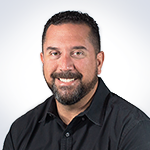 Kepa and his family have been active members at La Jolla Community Church for many years. Kepa serves as an usher, has led the Raising a Modern Day Knight class, served on the ECS Preschool Board and is a former board of trustee. Kepa has a passion for family ministries and volunteers as much as possible in events and activities that build Christ-centered families at La Jolla Community. Kepa was also a part of the first Malawi mission trip and continues his passion for missions by sponsoring children through World Vision.

Professionally, Kepa works at UC San Diego. His positions have focused on delivering technical training, professional development, and change management. Prior to employment at UC San Diego, Kepa was co-owner with an after-school tutoring company that provided basic skills instruction for children who were behind in school.

Kepa is happily married to Cara and has three children, Isaiah, Malachi, and Anaiah. 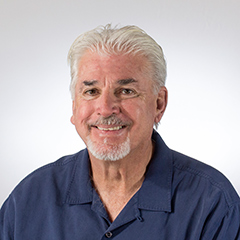 Dick Chapel and his wife Penny have been actively attending LJCC for several years. Dick is active in a Men’s Life Group. He has participated in Project Mercy home building projects and the building of Puente De Vida School in Ensenada, Mexico.

Dick grew up in Tucson Arizona. He attend Northern Arizona University on a Basketball scholarship.  Dick worked for the YMCA for 43 years. Starting as a program director for the Y right out of Collage and finishing in San Diego as Executive Vice President/COO in 2011 when he retired.

Both Dick and Penny love their involvement with La Jolla Community Church. It has helped to strengthen their faith and they feel they are blessed to be on a journey to serve Christ.  Dick and Penny have a blended family, 5 adult children and 10 grandchildren. They both enjoy golf, short trips to the Desert and family get together.