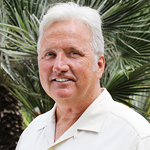 Steve was born in Wales, started school in Liverpool but has lived most of his life in the United States. The oldest of five children, Steve’s dad was an Irish Catholic and his mom an English protestant. Steve became a Christian in high school through the ministry of Young Life. Meeting Jesus and marrying Janet are the two most significant turning points in his life

Steve received a Bachelor of Science in Business Administration from San Jose State University with a minor in Linguistics and a Master of Divinity from Fuller Theological Seminary. He served as an Adjunct Professor at Fuller from 1989-1996. From 1981 to 1995, Steve served as Associate Pastor of Saint Andrew’s Presbyterian Church in Newport Beach, California. He then served as Senior Pastor of La Jolla Presbyterian Church in La Jolla, California from 1995 to 2005. Since 2005 Steve has never had more fun being a pastor!

His greatest honor: Being married to Janet, being a father to Lauren and Megan, and being a pastor. 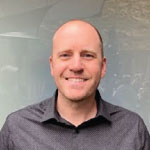 David was born and raised in San Diego and considers it a blessing to serve God’s people here at LJCC and reach out to our community. He is married to his wife Jaclynn and has two children Samuel and Emily, and one more baby boy due this coming April.

David comes to us after serving for the last nine years as a pastor at Shadow Mountain Community Church in El Cajon, CA. David received his Bachelor of Science in Biblical Studies from Liberty University and a Master of Divinity from Southern California Seminary.

David loves the church and has a strong desire to disciple and equip God’s people for the work of the ministry. 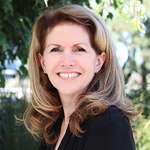 Mary was born and raised in San Diego along with her six siblings. She received a BA in Economics from UCSD and an MBA from SDSU. She started her career as a Financial Analyst and Economist and worked at the City of San Diego for 18 years, eventually becoming the Treasurer. She also helps run her husband’s business which markets his patented product.

Mary was raised a Catholic but was a member of Mt. Soledad Presbyterian Church for 25 years, attended Faith Community Church, and now attends La Jolla Community Church with her family. 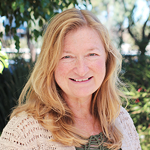 Janet Griffin grew up in Orange County and though she attended church all her life, it was as a young adult that she asked Jesus into her heart. In 2013 she moved to San Diego to marry her husband Chris. They visited LJCC on Palm Sunday of 2015 and became members in November. Janet’s past roles include Music Assistant for a School District in San Juan Capistrano, an Administrative Assistant for the IT department with the Orange County Register, an Office Manager for Webster University, a Seamstress and a mom to two boys (the best job).

The opportunity to work with the staff at LJCC is an answer to much prayer and she looks forward to how God will use her to support the work of LJCC. 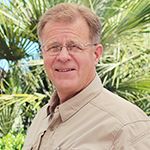 Michael was raised in a Christian home where he was trained up to love and serve the Lord, and where daily “quiet time” and study of God’s Word was encouraged and modeled by his parents.  The family attended an Episcopal church during those exciting years of spiritual renewal beginning in the early 1960s in which thousands in the liturgical denominations were baptized in the Holy Spirit.

Holding an Airline Transport Pilot Certificate (Boeing 737 type-rating) and an MBA in Financial Management, Michael’s professional background is in the military, aviation and corporate world.  His credentials notwithstanding, Michael’s spiritual gifts are clearly in the area of shepherding, pastoring, mercy and encouragement, which are reflected in his involvement in ministry throughout his life to senior citizens and children, pastoral care, as well as Rooted and Life Group facilitation.  Michael has transitioned to his “second journey” in which he plans to devote the remainder of his life to working with children.  He founded Excelsior Chess, a business that provides “faith-based” extracurricular chess programming at schools throughout San Diego County, where he serves the Lord and community by “pastoring” these children, their families and the chess coaches who work for him.

Michael’s passion is to come alongside others as an encourager, training them up to love and serve the Lord through a personal Spirit-empowered walk with Him, an understanding of their spiritual gifts, the regular study of His Word and an awareness of the world around them and how it relates to prophecy and God’s historic and future dealings with humanity. 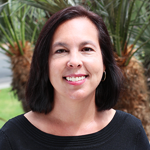 Barbara Imamoto joined the LJCC staff at the end of August 2015. Barbara has been blessed to serve and volunteer at LJCC for the past five years in Children’s Ministry and as a member of the Alive and Growing Leadership Team. She has also blessed us by volunteering her time and talent on a variety of Human Resources/office projects. Before becoming a stay-at-home mom of 7-year-old twins (Samantha and Nathan), Barbara was a Human Resources professional with 16 years of progressive HR experience. Barbara is excited to join the LJCC team to continue to serve and be part of God’s work at LJCC. She received Christ as her Savior as a young adult and was baptized at La Jolla Shores. 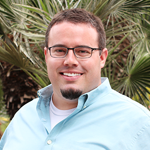 Drake grew up in a suburb of Seattle, Washington. He was raised in the church, and the youth group he attended was pivotal in his relationship with Christ. He graduated from Seattle Pacific University with a degree in Latin American Studies. Drake and his wife, Angela, grew up in the same church. They were married in 2011, and moved to Nicaragua to serve as missionaries. They came to San Diego to fix up a relative’s house and couldn’t leave the sun and beaches. Drake has been helping out in various ways in the LJCC office since June of 2014.

Drake enjoys reading, walks, gardening, and house-projects. He loves fixing all things broken or in need of improvement. 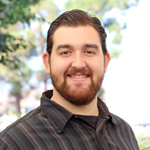 Ryan became a believer while in college at UCSB through InterVarsity Christian fellowship and had a heart for serving the Lord. Ryan comes to LJCC from Faith Community Church after serving as their Youth Pastor for over three years. He has a strong passion for educating youth in a way that aims to help students cultivate their own relationship with Christ that is tangible and personal. He graduated from UCSB with a Bachelor’s degree in Sociology and is currently seeking his Masters of Divinity from Bethel Seminary San Diego.

Ryan is very excited to join the team at LJCC and is looking forward to the opportunity to engage in the lives of young people here in La Jolla. 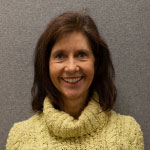 Connie has been a part of La Jolla Community Church since its inception. A fun fact about her is that before moving into our current campus, she served as a Sunday school teacher when LJCC was meeting in a local hotel. Outside of church, Connie has been teaching preschool in the community for 11 years, teaching 4-5 year-olds and a PreK afternoon class. We are excited to have her on staff as she brings a lot of energy, expertise, and commitment to serving our children and parents.

Craig Stephenson has participated on the LJCC worship team in various roles including principal guitarist, special services music arranger, and concert series director for well over a decade. Craig’s primary task as Worship Director is overseeing the band and presenting music in a manner that engages the congregation into worship.

Craig earned a Bachelor of Music performance degree from SDSU in 2003 and has been performing and teaching music to students of all ages in a variety of styles including classical, jazz, contemporary worship, and AP Music Theory ever since.

Craig is an avid learner of new skills. He met his wife, Melanie, on the dance floor while pursuing his then newfound hobby of competitive ballroom dancing. In 2016, Craig retired his dance shoes and entered into a piano technician apprenticeship. Presently, Craig serves as Secretary on the Executive Board of the San Diego County Chapter of the the Piano Technicians Guild and is steadily adding piano tuning clients to his varied music services business.

Most notably, Craig and Melanie are overjoyed to announce the birth of their first child, Clara Evelyn Stephenson on August 31st of 2019. Craig and Melanie are very grateful for the support and prayers that have come their way and are looking forward to being a blessing in return to the LJCC community. 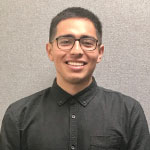 Joshua was born in Los Angeles, but at a young age moved to San Diego with his family. He grew up in church and received Christ as his Savior at a young age. He recently graduated from SDSU with a Bachelor’s degree in Graphic Design. In the past couple months he has participated as a graphic design intern at two marketing companies in Downtown, San Diego. He is passionate about design and being able to communicate in a visual manner.

Joshua is grateful for the opportunity to join the team at LJCC and is excited about being able to use his skills to help the church grow.